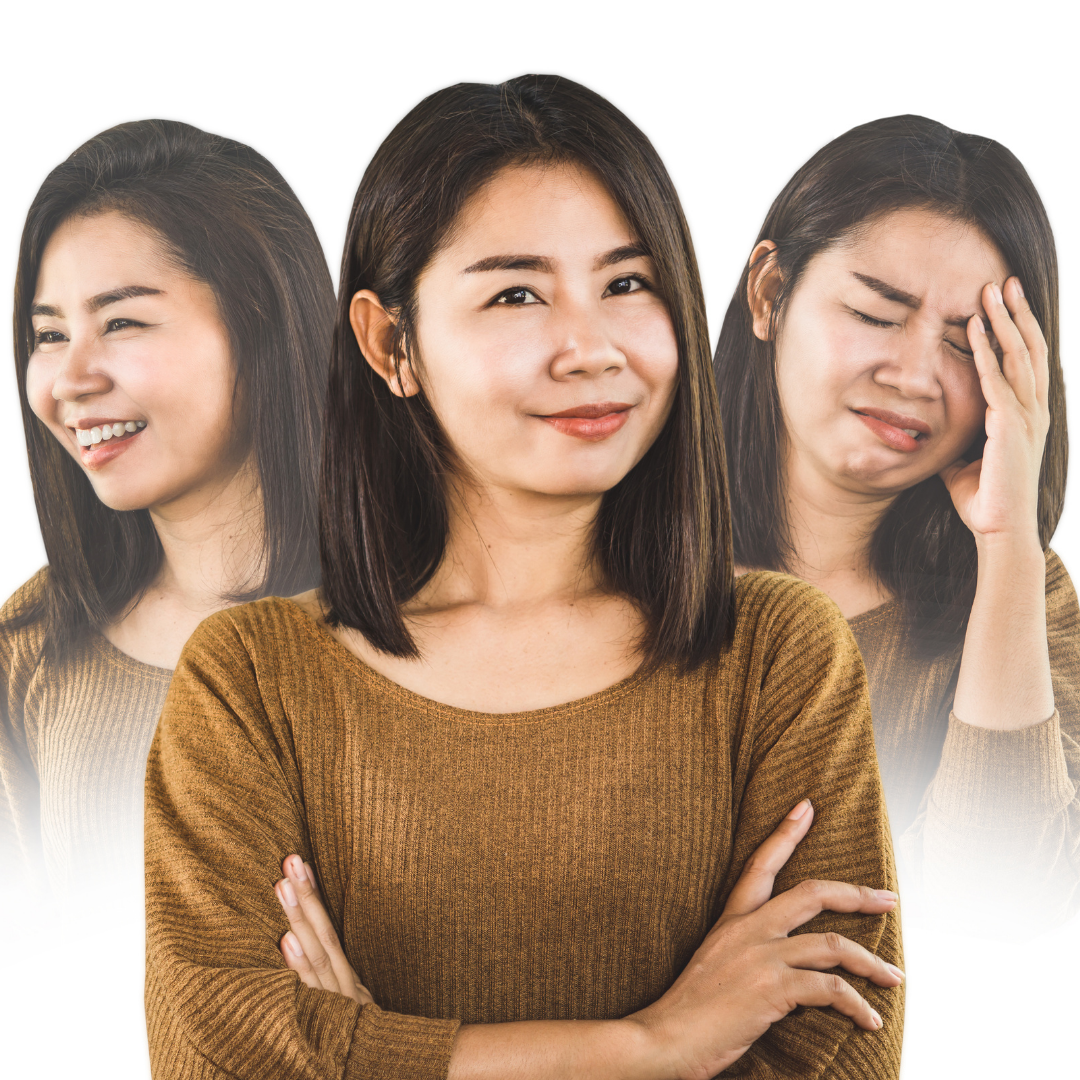 What is Bipolar Disorder?

Bipolar disorder is a mental health condition that affects 2.1% of the global population.1 It is characterized by drastic mood and behavior changes ranging from depression to hypomania and mania.2 Manic episodes may include elevated or irritable mood states, decreased need for sleep, racing thoughts, high energy or activity levels, and can be characterized at times by engagement in risky and/or reckless behavior compared to hypomania which occurs for a shorter time and is less severe.2 Depression is a low energy state, often resulting in feelings of sadness, withdrawal from others and loss of self worth.

Bipolar 1 disorder: occurs when someone has at least one manic episode and may experience hypomania and/or major depressive episode before or after the manic episode.

Cyclothymia: A form of bipolar disorder that consists of many hypomanic and depressive episodes, more days than not over at least a two year period in adults. These episodes are typically less severe than major depression and mania or hypomania episodes in type 1 and type 2 bipolar disorder.

A study found that “women and men with bipolar disorder died 9.0 and 8.5 years earlier on average than the rest of the population, respectively.”3 The decrease in life expectancy could be due to the high-risk or reckless behavior commonly exhibited in bipolar disorder. In addition, another study reported that the suicide rates are higher among those with bipolar disorder (7.8% males, 4.8% females) than in those without a psychiatric disorder.4 Risk factors for suicide in people with bipolar disorder include: diagnosis at an early age, previous suicide attempts, family history of suicide, history of mental or substance disorders, childhood trauma and more.

How are Migraine and Bipolar Disorder Related?

Reasons for these high rates of co-occurrence could be:

Commonalities Between Bipolar Disorder and Migraine

What Treatments Are Used for Bipolar Disorder and Migraine?

What Type of Doctor Should I See For Bipolar Disorder and Migraine?

Healthcare providers, especially primary care providers should be aware of the comorbidity between both conditions to make appropriate referrals. It is unclear why bipolar 2 disorder is more prevalent among those with migraine, but any history of stressful life events including trauma should be incorporated into assessment and treatment planning. If you are experiencing signs and symptoms of migraine and bipolar disorder be sure to inform all of your healthcare providers as the co-occurrence of these conditions can dictate treatment protocols. Neurologists should be aware of the risks associated with prescribing tricyclic antidepressants and beta blockers to those who have both migraine and bipolar disorder, especially those who have not yet been diagnosed with bipolar disorder and/or are presenting with a current major depressive episode (history of mania and hypomania should be thoroughly screened for with a validated symptom measure).

Donating a brain to neuroscience research is one of the most powerful ways an individual can contribute to the advancement of science – whether or not that person’s brain is impacted by disease. So called unaffected controls or healthy brains are also needed for comparative science.

Thank you to our partners, Mental Health America and the Brain Donor Project for your support!

Thank you to our Sponsor!

Written by: Kylie Petrarca RN, BSN Medically reviewed by: Dr. Alexander Mauskop Edited by: Melissa Calise and Leigh Serth What is ME/CFS and How is it...
Read More