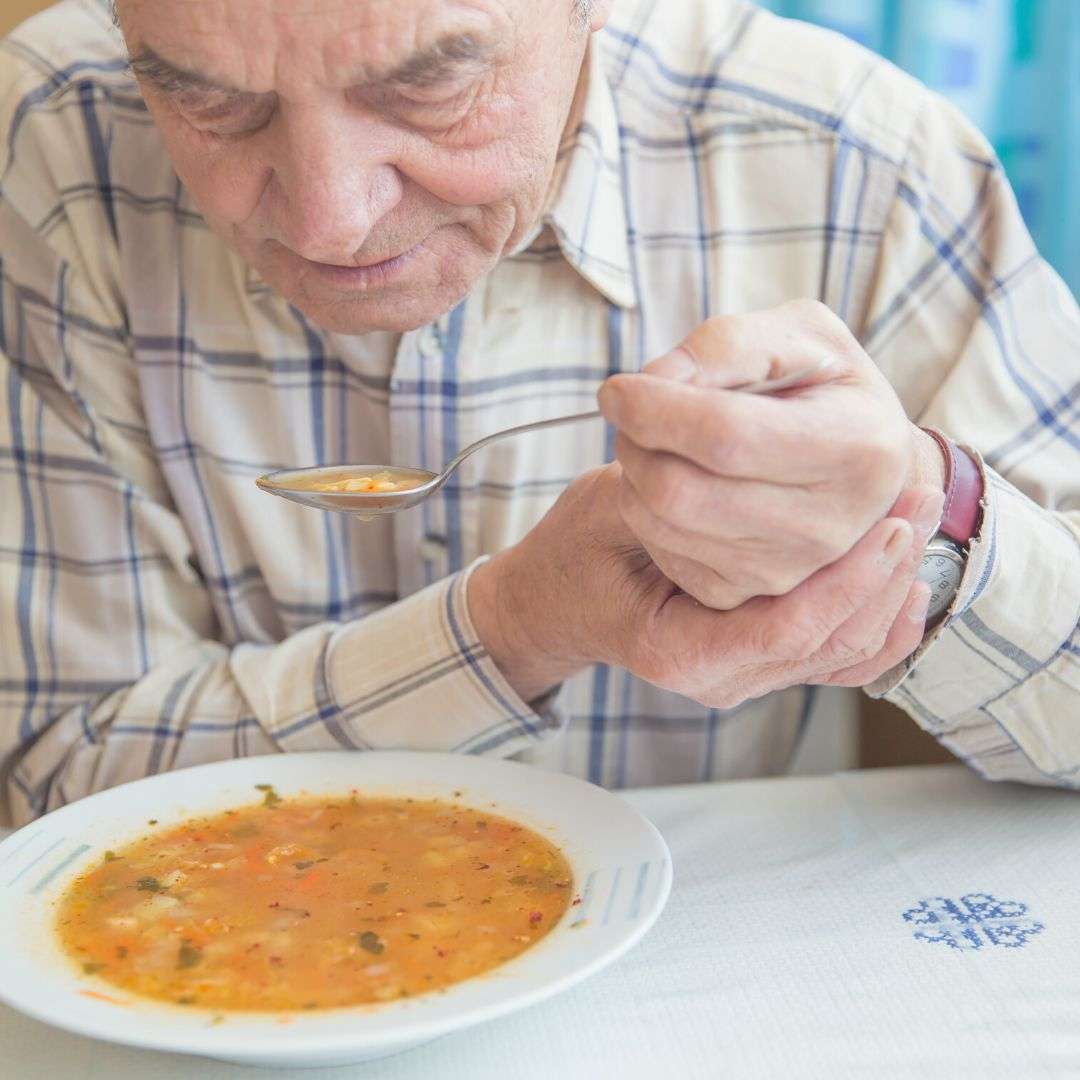 What is Parkinson’s Disease?

Parkinson’s Disease (PD) is a chronic and progressive neurodegenerative disorder. The dopamine producing neurons in the part of the brain that controls movement stops working which results in less dopamine production. Dopamine in this part of the brain enables neurons in your brain to communicate and control movement. The reduction of dopamine causes tremors, lack of coordination, bradykinesia, poor balance, stiffness and more. Parkinson’s disease affects men more than women and the risk increases for those over 60 years old.

How is Parkinson’s Disease Diagnosed?

There is no definitive test to determine if someone has Parkinson’s disease, rather diagnosis is made based on symptoms. A doctor will review a person’s medical history, medications and conduct a physical examination. A DaTscan is a type of imaging that can view the brain’s dopamine system. Although it cannot diagnose Parkinson’s disease, it can help confirm the diagnosis and exclude other causes.

To be diagnosed with Parkinson’s Disease two of the four main characteristics are needed:

It is unclear what causes Parkinson’s disease but it is believed to be impacted by environmental and genetic factors.1 Some genes have been identified that may increase the risk of developing Parkinson’s disease such as LRRK2, GBA, PINK1, PARK2, PARK7 and SNCA.2 “Certain ethnic groups like Ashkenazi Jews, North African Arab Berber and Basque populations have a higher prevalence (about 30%) of Parkinson’s than the general population.”2 Environmental factors such as herbicides, pesticides, solvents, polychlorinated biphenyls (PCBs), occupation and area of residence have also been linked to the diagnosis but more research is needed.3 For more information on environmental factors and Parkinson’s disease click here.

The Relationship Between Migraine and Parkinson’s Disease

Another notable study found that subjects with a history of migraine with aura had double the risk of Parkinson’s disease compared to controls.5 They also found women in this group were more likely to have a parent or sibling with PD compared to controls.5 It is unclear why those who have migraine with aura are at a higher risk of PD, however, research is being done to understand how genetics play a role in PD.

Commonalities Between Migraine and Parkinson’s Disease

What Are the Recommended Pharmacological Treatments for Parkinson’s Disease?

There is not a cure for Parkinson’s Disease. Instead, the goal of treatment is to ease symptoms. Each person with PD may have different symptoms, therefore the treatment plan will often vary person to person.

Overall, many of the medications used for Parkinson’s either target dopamine or acetylcholine, two neurotransmitters believed to be involved in the physiology of the disease.

Some common medications options include:

Advanced treatment options such as an intestinal infusion or deep brain stimulation may be recommended for those with PD patients who do not have symptom relief using oral medications or have an advanced form of the disease.

Other treatment options include focused ultrasound, thalamotomy and pallidotomy procedures.

Physical therapy and occupational therapy are two modalities that can help someone with Parkinson’s disease continue daily activities and manage symptoms. Speech therapy is also commonly used to help with swallowing and speaking issues that occur with PD. Other alternative therapies that may be helpful are acupuncture and massage therapy. It is also important for PD patients to maintain a healthy diet, exercise and learn tips for preventing falls.

What Type of Doctor Should I See For Parkinson’s Disease and Migraine?

A neurologist is the preferred specialist for someone living with Parkinson’s disease. Some neurologists take additional training to become movement disorder specialists. This type of specialist should be consulted soon after a PD diagnosis because they often have insight on new therapies and studies. To find a movement specialist near you, visit: https://mds.movementdisorders.org/directory/

Similarly, neurologists are recommended to diagnose and treat migraine disease. A clinician with a headache specialty is preferred for someone who believes they may have migraine or headache disease.

It is important for Parkinson’s Disease patients to inform their providers if they are having symptoms of migraine disease. Likewise, neurologists should be aware of new symptoms in their migraine patients such as tremors, stiffness and loss of balance as this may lead to an earlier diagnosis of Parkinson’s disease.

Patients who live with brain diseases such as Parkinson’s or migraine may consider donating their brain to the Brain Donor Project after death so brain diseases can be further researched. Learn more about brain donation here.

For researchers, further studies could look to identify how deep brain stimulation can further improve symptoms of both these diseases. In addition, understanding why migraine tends to improve with the onset of PD is another knowledge gap that needs further exploration.

Thank you to our partners, American Parkinson Disease Association and the Brain Donor Project for your support!

Thank You to Our Sponsors!