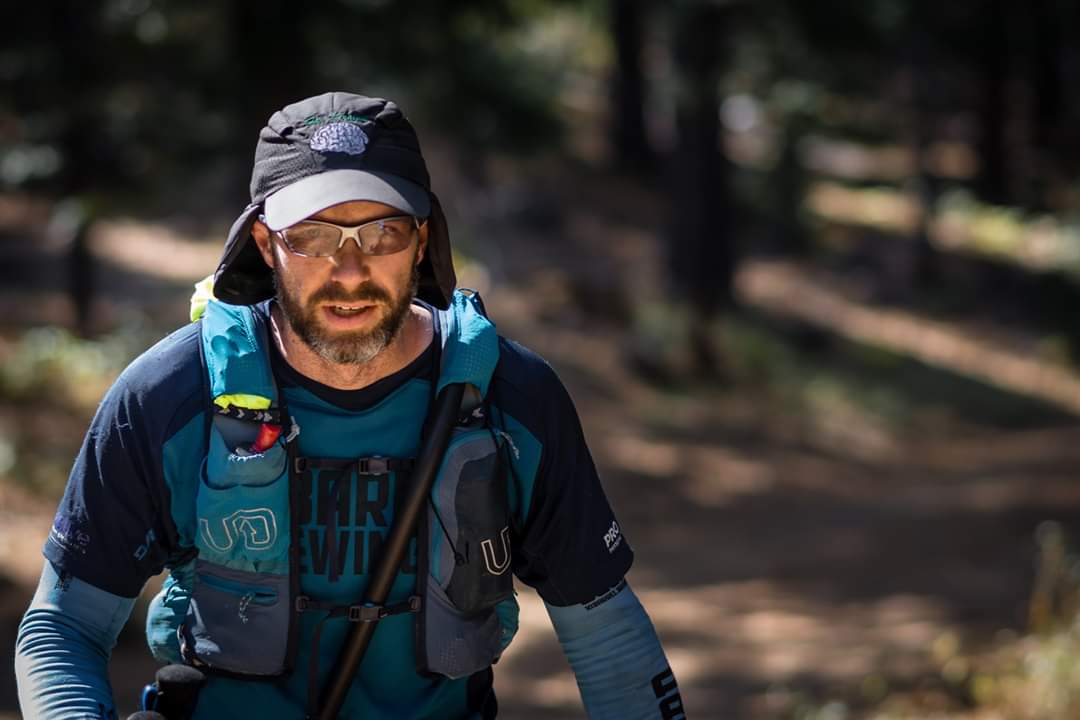 Why? A simple and poignant question. It has been a breakthrough for so many. A three-letter word that cuts toward the core of understanding. I have heard both theoretical scientists and three-year-olds use this same question. Each trying to desperately grow their minds by willing it towards understanding the world around them. The day I asked the question of, why, on the side of a Tennessee path I was searching for the answers to why my stomach had revolted abruptly and violently. Leaving an otherwise patch of dry leaves moist and putrefied. The immediate causes I tried to line out but the solution still eludes me today. Even through the leaves and my unavailable powers of divination, I could see that my day was done. The “why?” of being there was easy. I have believed for some time that there is a need to show others the impact of migraine. I use arduous efforts of physical endurance to strike conversations about migraine.

I’m not a scientist. I’m not a three year old. I’m a husband to an amazing woman. My wife Kirsten is a leader in her office. She is the foundation of the family we make with our son. She also stands firm as she resists against migraine. Kirsten, when asked how she would define herself, used the alliteration of tired and tenacious. Having been her husband for some time now I can attest that she is both. Often at the same time.

This duality of her life inspired me to demand change. How? Another simple and poignant question. I had watched Kirsten resist so many migraine attacks without really understanding her experience. I was already bumbling along the path of trail running and so I decided to commit further to that in my effort to elicit change. I try to raise funds for migraine research though this has never been my focus. My focus has always been on conversations about migraine. Conversations focused on empathy, understanding, motivation, and inclusion.

In my experience watching migraine unfold in our home, I have tried to understand how it impacts my wife. In doing so I learned how varied it is for her and so many others. The complexities and subtleties culminating in pain and symptoms that seem supernatural. Hearing that sound feels like a thousand shards of glass blown into her skin. Vision that can turn out like a light switch or be obstructed by undulating nebulous light shapes.

All this while experiencing the crippling pain of an invisible axe cleaving her brain apart and pressing against the walls of her skull.

I could never empathize with those experiences directly. I have never had a migraine. Running though has brought me closer than I would have ever thought possible to experience my wife’s condition. For my body and mind to deviate from its norm of pain and discomfort to peer into her abyss it takes hundreds of miles and usually days of effort.

One moment of empathy came at around the forty-hour mark of a run. I had only recently left my family at a trailhead and was at about a hundred and thirty miles. A friend of mine had joined me for the otherwise solitary twenty-mile stretch of wilderness in front of me. Not long after we were fully surrounded by darkness and stars. My vision failed. My eyes were so tired they wouldn’t focus. There were two of everything and nothing matched up. I was terrified. Several hours later we stumbled into the trailhead with another five miles to go.

Another came during the third continuous day of moving around Central Oregon roads. I found a new level of pain. If I was to boast about anything as a runner it is my ability to run down steep hills with speed. Something I greatly enjoy doing. After about a hundred and ninety miles I had one last downhill to go. Two problems though. The steepest part was first and it was fifteen miles long. Normally this would be about two hours for me to complete. That day the first descent was three hours with pain so intense it still makes me cry. There was a point where I just ran down the hill. The pain was searing making my body nearly numb. In a meager effort to get past is I sang as loud as I could about how much it hurt. Kirsten driving the support vehicle a few hundred yards behind me could hear me over the radio.

The closest Kirsten and I ever found to middle ground happened that same run. I sat defeated on the floor of my support vehicle. After over two days of pushing, I was depleted. I could barely eat. I couldn’t drink. Everything hurt.

Looking at Kirsten I confessed, “I have never worked so hard to just keep moving.” She responded, “I understand.”

There was a brief moment of silence then we both cried. Eventually, I turned to face my pain and pushed forward for twelve more hours.

Being both tired and tenacious is something I have come to understand a little better over the years. Stumbling into distance running for migraine awareness was serendipitous. It became the bridge I needed to understand the symptoms my wife experienced with migraine. Even my moments of projectile vomit in Tennessee have helped me empathize with my wife. I didn’t know exactly why I had thrown up but I knew why I was there. I was there to support my wife and show her I care. I believe in her and the needs of her condition being recognized. Recognition so she can get the essential treatments and communal support needed to help her keep fighting against migraine. Kirsten fights almost daily. I fight on the weekends. Kirsten is the strongest person I’ve ever meet. I’m just pretending. 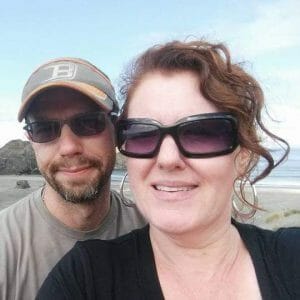 Dearric and Kirsten have been married for 14 years. Living in Central Oregon where they have made a family with their son and pets. Kirsten was diagnosed as having migraine 30 years ago.  Dearric has been raising awareness, one adventure at a time, on Kirsten’s behalf since 2015.  He’s run 150 miles from Mt. Hood to Mt. Bachelor; mostly along the Pacific Crest Trail, in 50 hours.  He’s done the Cascade Lakes Relay all 216.7 miles as a team of ONE; finishing in 3 ½ days.  He continues to up the adventure ante’ to get people to simply ask, “Why?”  Then he tells them about his wife’s condition and the impact it has. Impact that directly affects Kirsten but also extends beyond her to their family, friends and coworkers.

Over the course of his adventures Dearric has experienced atypical fatigue, brain fog, vision impairments, projectile vomiting, impaired speech, loss of coordination, bodily pain, days trying to recover, and more. Dearric tries to use these experiences to sympathize with Kirsten. Then Dearric tries to use his meager understanding of these symptoms to bolster awareness of the severity with which Kirsten and others experience them battling migraine.