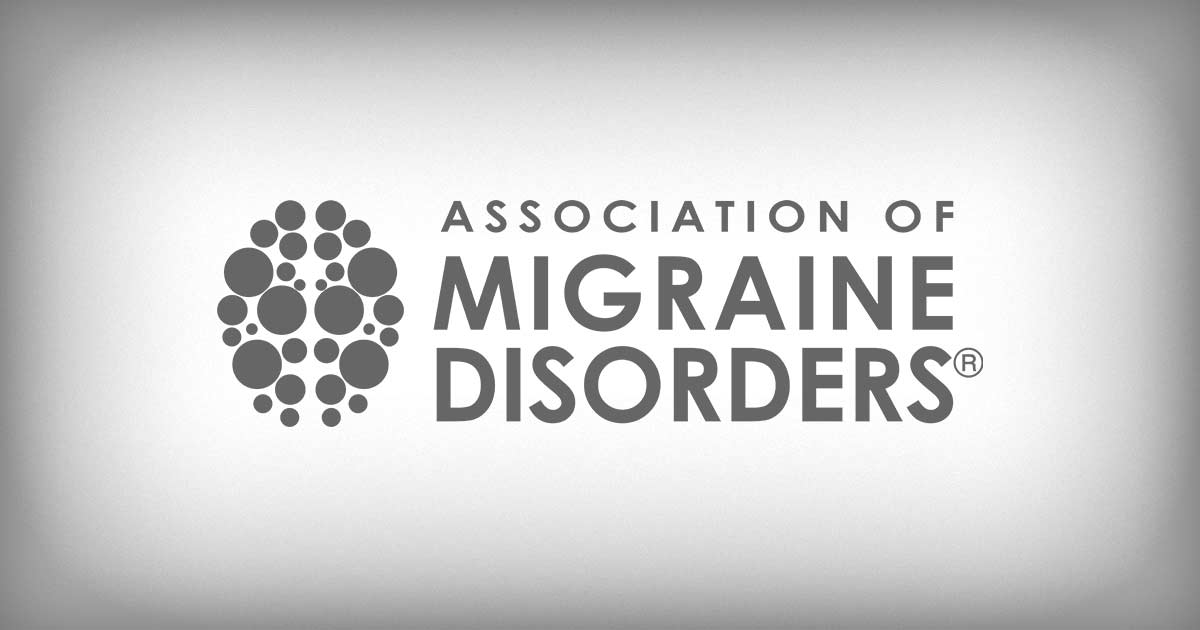 The Association of Migraine Disorders Launches A $100,000 Matching Challenge For Its “Research Is Hope” Campaign

The Association of Migraine Disorders Launches A

$100,000 Matching Challenge For Its “Research Is Hope” Campaign

Share Their Poignant Stories to Raise Money for Research***

Providence, R.I. Nov. 9, 2020 – The Association of Migraine Disorders (AMD) has launched its “Research is Hope” campaign to raise money for innovative research that aims to improve patient care. A generous supporter will match up to $100,000 in donations made until the end of the year. The campaign shares five unique stories of people whose lives have been drastically changed by migraine.

Losing A Daughter to Migraine

Becky Dwyer lost her daughter, Melissa, to suicide in 2013 due to chronic migraine. Becky shared Melissa’s story for the “Research is Hope” campaign to honor her life and expose how truly debilitating the disease can be. Melissa spent her teenage years in and out of hospitals desperate to find relief, which never came. She tried countless treatments and saw a myriad of specialists. In her last year, Melissa had 82 ER visits and 72 inpatient hospital days. After visiting the best care centers in the country Melissa was told her case was “too complicated” and there was nothing more they could do. Becky said, “I want to see effective treatments and a cure in my lifetime. We have lost so many in the migraine community and others are still hanging on by a thread. I want to give them the hope they so desperately need.”

Living With Migraine as an Army Combat Soldier

As a teenager, Eula Moore-Marshall experienced menstrual headaches, but it was nothing compared to the migraine attacks that started when she served our country during the Gulf War in Saudi Arabia in 1990. Eula was forced to work through her pain during combat war missions, fighting both the war in her head and on the battlefield. Despite the strength it took to fight through the pain, Eula was labeled as “lazy and faking it”. Eula is a veteran still living with migraine. Her teenage son also has migraine.

Lindsay Weitzel is a former clinical researcher who has dedicated her career to advocating for and improving the lives of people with migraine. Lindsay has lived with migraine since she was 3 years old. Lindsay, like many people with migraine, lives with a blend of conditions including complex regional pain syndrome, which causes a constant burning pain down to her bones on her right side. She has also experienced a migraine-related seizure that stopped her breathing. Lindsay’s two young children also have this genetic disease. She hopes for a day when there are better treatments available for children.

A Passion Stolen Due to Daily Pain

Don Vanderpool once enjoyed a successful career as an architect but migraine stole that away from him. Don is in a migraine state for at least 25 days a month and also has chronic daily headache, meaning he doesn’t have a day without pain. Don suffered two severe concussions in high school that may have been the cause of his migraine disease. He’s tried most therapies and medications for migraine and many meant for other conditions but all have proved ineffective.

The Impact of a Rare and Complex Migraine Disease

On the outside, Alexes’s smile shines, a true testament to how invisible migraine disease is. Alexes lives with a rare and complex form of migraine called hemiplegic migraine in addition to intractable daily migraine. Hemiplegic migraine mimics stroke symptoms causing extreme pain, loss of motor skills, difficulty speaking and paralysis on one side of the body. Unlike with a stroke, these attacks happen multiple times a month all while having daily migraine headaches. Alexes said, “people see you in a wheelchair or using a walker and cannot believe that is the face of migraine.”

The campaign has also gained the support of Jon Dorenbos, former NFL long snapper and America’s Got Talent finalist and Team USA Olympic track athlete Corey McGee. Jon had a heart problem which ultimately ended his 14-year NFL career and led to migraine and depression. His wife, Annalise, also experienced brutal migraine attacks during her pregnancy. Cory experienced migraine disease as a child. She will join forces with AMD to expose the need for more migraine research.

Why More Research Is Needed

Despite being the world’s 3rd most prevalent and 6th most disabling disease in 2015, migraine received just $20 million in NIH research funding compared to $214 million allocated for arthritis and $1.684 billion for digestive diseases (Shapiro, 2020). These spending disparities are even more jarring when considering these diseases are ranked comparatively in terms of disease burden.

“More funding would attract new researchers to the field because they would see it as an emerging space to grow. Bringing in new ideas and approaches would significantly advance migraine research and ultimately patient care,” said Amynah Pradhan, PhD, Neuroscientist and Associate Professor at the University of Illinois.

Millions of people are still not getting relief with current treatments. Along with the development of new treatments, donations may fund projects investigating migraine and hormones, how migraine affects dizziness, the role of biomarkers and genetics and many other gaps. Projects will be chosen by AMD’s Research Advisory Committee, a team of 20 leading researchers and physicians.

About the Association of Migraine Disorders

The Association of Migraine Disorders (AMD) is a non-profit organization that was founded in 2012 with a mission to expand the understanding of migraine through research, education and awareness. AMD has an advisory board consisting of a wide range of healthcare professionals that understand the spectrum of symptoms associated with this multi-system disease.