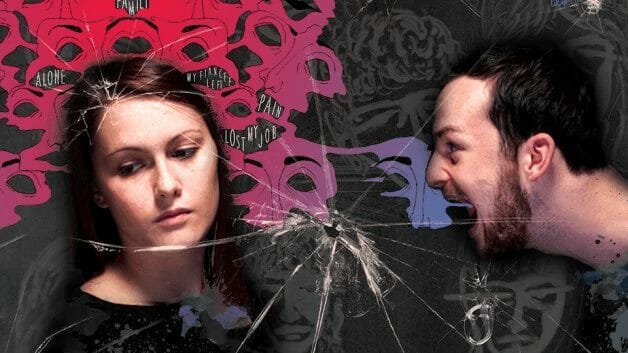 How is it possible that such a devastating illness in all its expressions could not have far-reaching, negative effects in all relationship areas of a migraineurs life? It’s not, of course. Only recently have we begun to see research that looks at subjects like family burden and the disruption chronic migraine causes in the lives of sufferers. Very few of us lead totally isolated lives, devoid of familial connections and other work and relationship associations. More often the opposite is true. The vast majority of people are interconnected with others through family, relationships and work; these relationships are all compromised by migraine suffering. That’s a lot of people.

In the United States alone we estimate 36 Million migraineurs. If we allow ourselves some statistical latitude and cede that each migraineur has two relationships affected by their migraines, the numbers grow exponentially. For the purpose of this argument “collateral” means a person in some level of a relationship with the migraineur. Following this line of reasoning, there are about 108 Million people, including the migraineurs whose lives are negatively impacted in a variety of ways. The population of the United States is 319 Million at last count. Again, following our assumptions: 39% of the US population have their lives disrupted by migraine disorders. Remember that is based on two collaterals only. Most people have more than two relationships. So, if that is the case, the number affected would rise accordingly.

Now admittedly that is a pretty astonishing number. One may question what does “disruption” mean? Migraineurs and those that live and work with them would not have any problem answering that question. So, in deference to the 50% or so of the US population that may not understand the nature and level of problems caused by migraines and experienced by collaterals, what follows is a less than complete list. Broken relationships, lost jobs and income, family arguments, emotional distance, cancelled family events and vacations, friendships lost, loss of self-esteem (both migraineurs and collaterals), anxiety and a host of depressive symptoms, constant worry, and feelings of inadequacy. This list could be expanded greatly I am sure. But one consequence stands out for me personally in my life with a chronic migraineur: the frustration experienced when I am forced to stand by and watch my loved one suffer while being unable to help her in any way.

So bottom line is: migraine suffering is not limited to the migraineur alone. The suffering spreads throughout the lives of associated individuals, not unlike other chronic, disabling conditions. Now with about one half of our Country’s population touched negatively by this condition, why is so little being done to search for a cure? What will it take?