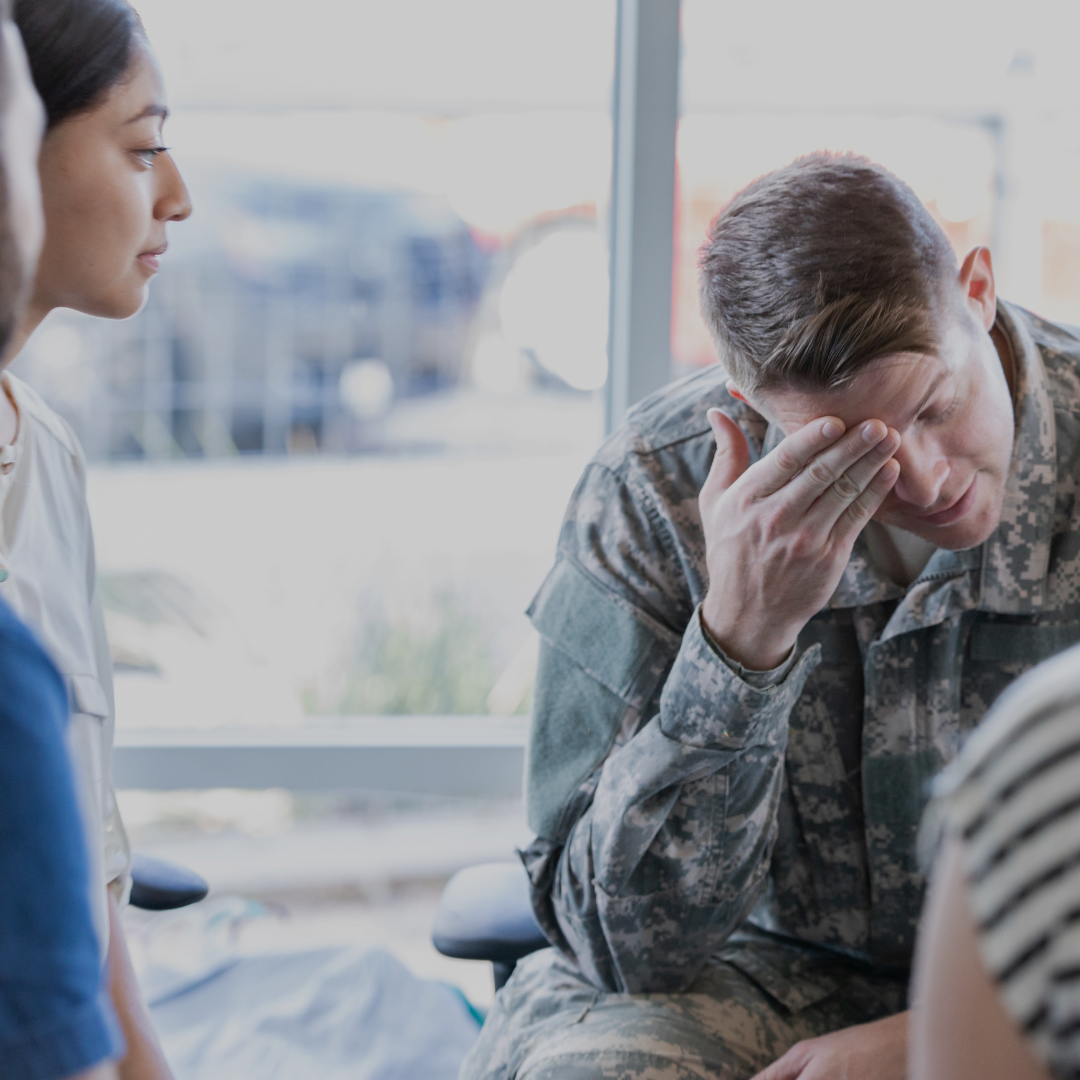 Post-traumatic stress disorder (PTSD) is a mental health condition that occurs from experiencing a traumatic event and leads to symptoms such as persistent flashbacks or nightmares of the event (intrusion), a wish to avoid thinking or talking about the event (avoidance), feelings of blame, guilt, or detachment (negative alterations in emotions/mood), and feeling on guard or being easily frightened or startled (alterations in arousal and reactivity).1 The most common traumatic events that precipitate PTSD are witnessing sudden and/or violent death, or experiencing natural disasters, physical and/or sexual abuse, combat events and car accidents.

During a traumatic life event (TLE), the fight or flight response is activated which increases heart rate, respiratory rate and stress hormones. These symptoms may appear for a few hours to a couple weeks after the event. For others, symptoms may last longer and a PTSD diagnosis should be considered when they persist for more than one month.

People who develop PTSD may have a genetic vulnerability to this condition as well as underlying physiological differences when exposed to trauma. PTSD is often referred to as a “hidden wound” due to the silent suffering a person experiences, which aligns with the experiences of many people living with migraine. PTSD affects approximately 5-8% of the population at some point in their lifetime, affecting women about as twice as frequently as men.2

What is the Relationship Between Migraine and PTSD?

PTSD is more prevalent in those living with migraine than in the general population (14–25% vs 1–12%).3  Additionally, PTSD and migraine coexist 2-3 times more in women than in men, however, several studies suggest that odds of PTSD in men with migraine are two-fold higher than in women.1,4

Research demonstrates abnormal lab levels in those with migraine, PTSD and both conditions:2

Currently, the evidence is unclear if migraine begins first and predisposes someone to PTSD or if PTSD makes someone more likely to have migraine disease. A study found that 69% of people with both episodic migraine and PTSD had PTSD-related symptoms prior to the onset of headaches, suggesting PTSD could trigger the onset of migraine.2

Military veterans are at high risk of developing PTSD and traumatic brain injury due to their profession. PTSD affects 18% of combat veterans and may be underestimated due to mental health stigma.5 In a veteran-based study, 50% of those with migraine also met the criteria for PTSD.2 Migraine is considered a service-connected disability if the onset of migraine began during the time of service. Military personnel can be eligible for a secondary service connection when a condition that occurred during the time of service caused a new condition which led to disability (ex. PTSD caused migraine). Overall, migraine is extremely prevalent among veterans with PTSD. Those diagnosed with migraine should be screened for comorbid PTSD due to the overlapping pathophysiological mechanisms and shared treatment modalities.

Recommended Treatments for PTSD and Migraine

Treatments for migraine and PTSD are similar with psychotherapy, medications and self-care as common modalities. Behavioral based therapy such as Acceptance and Commitment Therapy, Cognitive Behavioral Therapy (CBT) and Mindful Based Stress Reduction (MBSR) are often used as part of a treatment plan, often with medication therapy, to learn coping mechanisms for both conditions and and pain management for migraine. Cognitive behavioral therapy (CBT) was found to improve the disability of patients with migraine and comorbid PTSD.3 Selective serotonin reuptake inhibitors (SSRIs) such as sertraline and paroxetine are FDA approved for PTSD but have not proven effective for the treatment of migraine. On the other hand, serotonin norepinephrine reuptake inhibitors (venlafaxine) and tricyclic antidepressants (amitriptyline) have been used off-label for the treatment of migraine and PTSD. Deep breathing, journaling and exercise are also recommended for both conditions. In January 2022, the FDA granted gammaCore (non-invasive vagus nerve stimulation) “breakthrough device designation” for the treatment of PTSD. GammaCore is also approved for the acute and preventive treatment of migraine.

For patients, it is important to tell your health care provider if you have experienced a traumatic life event and have the symptoms of PTSD and/or migraine. This can assist the provider in creating an individualized treatment plan, hopefully leading to better outcomes. For physicians, screening for anxiety and/or depression is not sufficient for a PTSD diagnosis. PTSD may be screened by utilizing the PTSD checklist or the Primary Care PTSD Screen for DSM-5 (PC-PTSD-5).6 Those screening positive require further assessment, and Clinician-Administered PTSD Scale for DSM-5 (CAPS-5), a 30-item structured interview, is considered the gold standard. Veterans are extremely vulnerable to both PTSD and migraine and additional evaluation should be given.

Written by: Kylie Petrarca, RN, BSN Medically Reviewed by: Dr. Melissa Geraghty Edited by: Leigh Serth and Elaine Alibrandi  In 2020, there were more than 1.2...
Read More