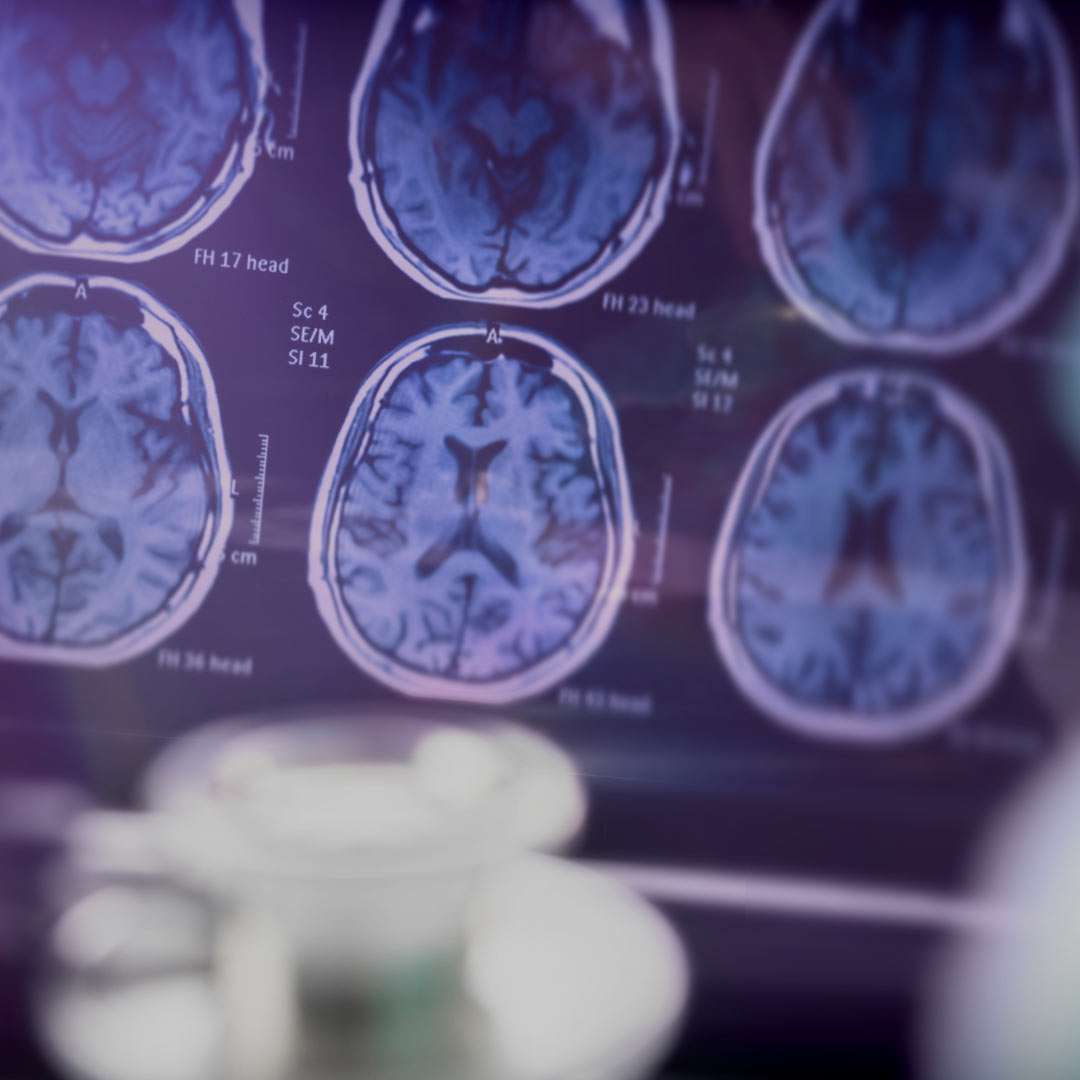 Dementia is not a disease, rather a general term used to describe the abnormal changes that occur in the brain that result in problems with thinking, memory and problem solving.1 The most common type of dementia is Alzheimer’s disease (AD) but there are many other types such as vascular, Lewey-body, frontotemporal and mixed.

It is unknown why Alzheimer’s disease occurs but experts believe it is caused by the build up of abnormal proteins called amyloid plaques and neurofibrillary tangles in the brain.2,3 These proteins interfere with communication between nerve cells and ultimately result in cell death in various areas of the brain.2,3 The hippocampus and entorhinal cortex, two areas of the brain involved in memory, are typically affected first.2 Then, it affects other areas such as the cerebral cortex which is responsible for language, decision making, emotions and more.2

Symptoms of Alzheimer’s disease vary based on stage (mild, moderate, severe) and the area of the brain that is affected but can include: difficulty remembering newly learned information, slowed thinking, memory loss, confusion, mood and behavior changes as well as changes in sleep and/or personality and more.4

The Connection Between Migraine and Alzheimer’s Disease

A third study of 7,454 people in the UK found that 5.2% of people with migraine and 3.7% of those without migraine were diagnosed with dementia.7 There was an association between migraine and Alzheimer’s disease however, the results were only significant for women.7

Commonalities Between Migraine and Alzheimer’s Disease

Additionally, a class of medications known as the cholinesterase inhibitors (donepezil, rivastigmine, and galantamine) help to treat AD symptoms such as impaired memory and thinking.13

A medication option that is used for migraine and Alzheimer’s disease is memantine. This medication is FDA-approved for moderate to severe AD and helps to improve the symptoms of Alzheimer’s including memory, language and the ability to perform simple tasks.13 Memantine is used off-label as a preventive treatment for migraine, meaning that it is not FDA-approved for migraine but is still prescribed to help relieve symptoms. To learn more about migraine treatments, click here.

What Type of Doctor Should I See for Migraine and Alzheimer’s Disease?

A primary care provider can diagnose and treat migraine as well as Alzheimer’s disease. People over 65 years old may opt to see a geriatrician which is a primary care doctor that specializes in treating older adults. However, a primary care provider may refer a person with either disease to a neurologist for further evaluation. For someone with migraine, it is best to check if the clinician has additional training in primary headache disorders like migraine. There are also neurologists who specialize in memory care.

Although Alzheimer’s disease and migraine are comorbid, there are preventive ways to reduce the risk of developing AD. Eating a healthy diet, exercising regularly and maintaining social connections are all ways to help prevent AD.14 A new onset of migraine-like symptoms in someone over 50 years old should be reported to a healthcare provider for further evaluation. For someone that has migraine and AD, a clinician could consider prescribing memantine to help with symptom management of AD and reduce migraine attacks. There is more to learn about the relationship between migraine and AD, therefore we encourage you to take part in clinical trials to advance the understanding of both diseases. Participate in clinical trials through TrialMatch by the Alzheimer’s Association or visit clinicaltrials.gov. Brain donation is also another option for people who have Alzheimer’s disease and/or migraine that want to contribute to research. Learn more about brain donation through the Brain Donor Project.

Thank you to our sponsor!

The Connection Between Migraine and COVID-19/Long-COVID

The Relationship Between Depression and Migraine