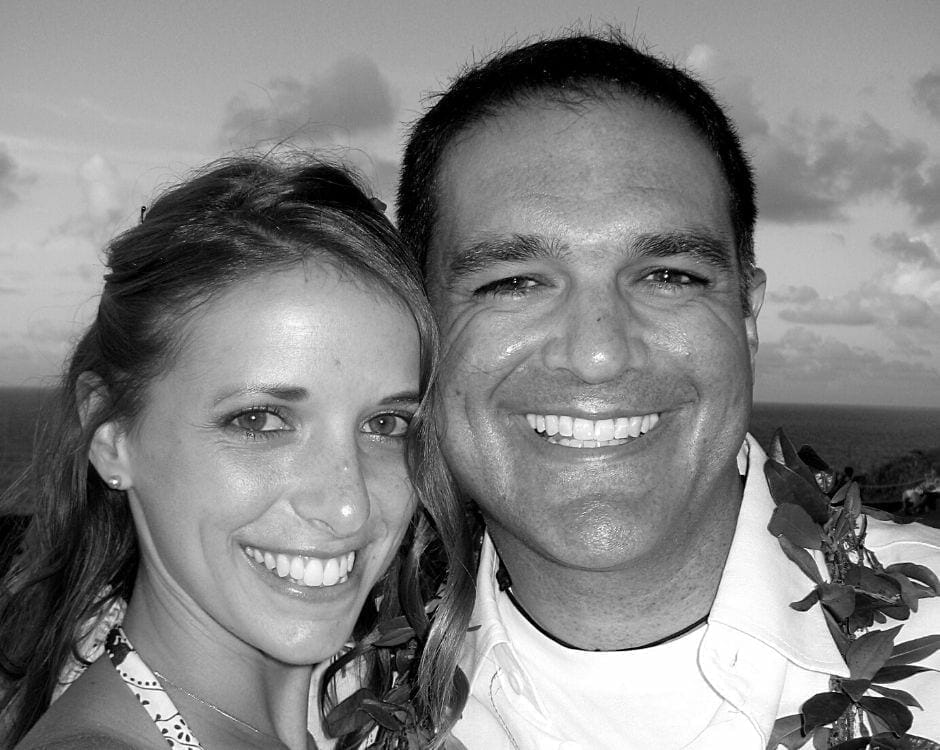 Meet Don – A Man Whose Career Was Cut Short By Migraine 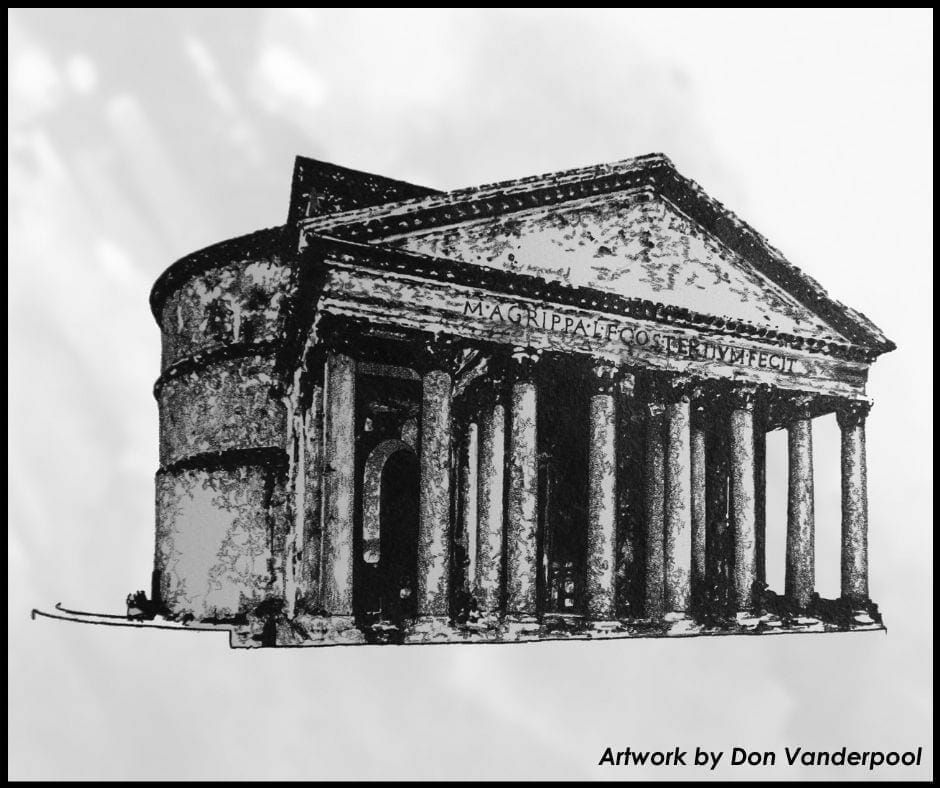 I am the proud father of a happy and wonderful daughter. I was born in Arizona and grew up in San Diego and Albuquerque. After graduate school, I returned to San Diego where I enjoyed a successful career as an architect.
Migraine entered my life in college and grew progressively until it ultimately ended my career. The life I had carefully built over several decades crumbled as migraine made a career focused on deadlines, schedules, and meetings impossible to maintain. In an effort to continue to practice, I opened my own design firm where, ostensibly, I could work on my own schedules and minimize the impact of my disease on others. Despite some success, this, too, ultimately failed. The very nature of an architecture practice was more than my compromised mind could sustain. I have retired to Arizona where I read, write, maintain a migraine support group, and produce art as I am able.

THE EVOLUTION OF MIGRAINE DISEASE 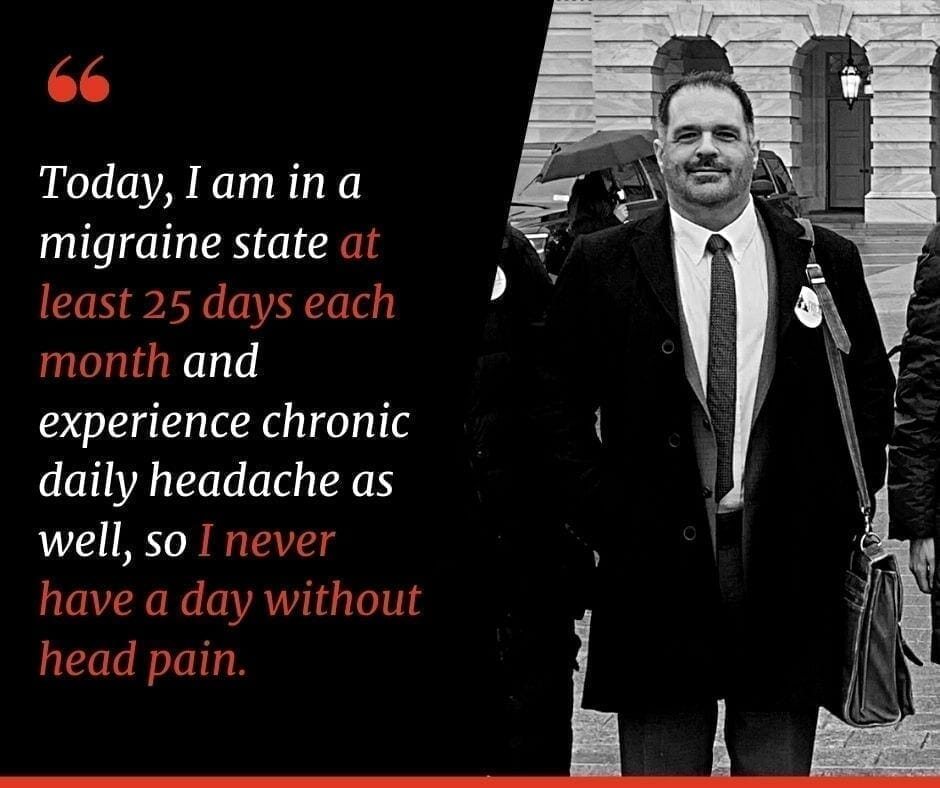 As a small child, I had terrible headaches. I recall thinking that if I cut a hole in my head and poured cold water inside, it would help. Later on in high school, I suffered two severe concussions. Whether these experiences played a role or not, I cannot say, but they do represent a beginning. In college, I began to get classic episodic migraines. These were sporadic at first, but became more frequent and severe over time. The migraines continued to increase in frequency until they became chronic. After that, I continued to work for many years and I was lucky to work for an office that valued me and understood my condition as best they could. Then things got even worse. Today, I am in a migraine state at least 25 days each month and experience chronic daily headache as well, so I never have a day without head pain.

“Its hard to say that I am happy with current treatments options because right now nothing works for me. I’ve tried so many things and nothing has been effective and I am in a migraine state some 27 days a month.”

WHY MORE RESEARCH IS NEEDED

Given the length of time I have experienced migraines and the transition from episodic to chronic, I have tried most therapies and prophylactics typically used for migraine (and many meant for other conditions). Some have shown moderate success, while most were ineffective. All eventually proved unhelpful. In the most recent years, we have seen the very first medicines which have been specifically developed for migraine.

“The fact that I have lived most of my adult life without a treatment specifically designed for migraine is a testament as to both the difficulty the disease presents and the relative lack of research that has been undertaken for it.”

Some of the new therapies have proved quite effective for many people and it is certain that additional research will result in improved lives for those with migraine. It would be fantastic if a new treatment would positively impact me and I am hopeful, though cautious, of that prospect.
For me, the greatest gap in migraine care is acute treatment. If preventatives do not work effectively, the migraineur must pursue acute treatment. Traditional pain relief strategies don’t typically work, and can be harmful (contributing to medication-overuse headache), for chronic migraine. If triptans are also ineffective, as they are for me, both patient and doctor are left with few options. Opioids may help, but are rightly discouraged. For too many, a trip to the ER is often the necessary last resort. This, however, is the absolute worst environment for someone with a migraine. Bright fluorescent light and chaotic noise and movement all work to exacerbate a migraine. The ultimate treatment is often offset by the challenging experience. Things such as DHE and Ketamine are helpful, but often not accessible for many reasons.

HOPES FOR THE FUTURE OF MIGRAINE RESEARCH

“I have some hope that eventually there will be something that will help me and be effective.”