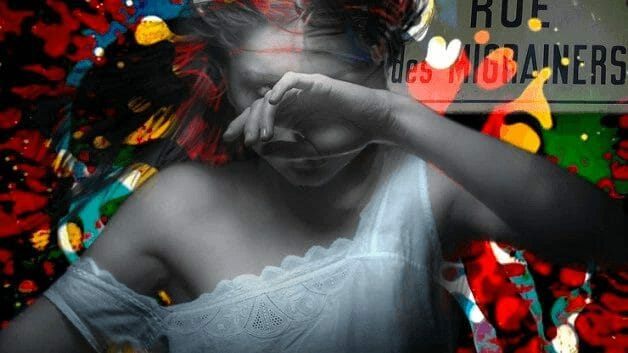 Everything You Wanted to Know About Sex and Migraines (But Were Afraid to Ask!)

36 Million Migraineurs in the US alone may think they have a built in reason for avoiding sexual relations, but it’s not always a headache. A study from the University of Munster in Germany, http://www.ncbi.nlm.nih.gov/pubmed/23430983 with a large sample (about 400 people ) uncovered some interesting results. They surveyed both migraineurs and those that suffered cluster headaches.

40 percent of the test subjects responded to the survey, which is a superb response rate. Here are some of the conclusions the surveys yielded:

So why does sex seem to play such a critical role? Nobody really knows for sure but there are several explanations worth considering.

A majority of the research community believes that migraines and cluster headaches are closely related to the neurochemistry of our bodies. Specifically, orgasms or the “climax”, stimulate the production of endorphins, a marvelous neurochemical compound of the brain that looks and acts like naturally occurring (endogenous) opioids, those sought after pain killers whose use pre-dates much historical record. Endorphins act like opioids in our brains, and they provide rapid pain relief that is even faster than IV morphine! You may have read about endorphins in the context of hard exercise (“runner’s high”) or in the central nervous system dopamine reward pathway. Or maybe not. To put it in a simple equation: sexual orgasm=endorphin production=pain relief or analgesia.

Serotonin, a neurotransmitter of SSRI/anti-depressant fame is also released during sexual relations. It is thought that the positive feelings accompanying sex may in part be attributed to serotonin release.

So that’s the good news regarding sex and migraines. Unfortunately for about 40 percent of the migraineurs who answered the survey, sex does not provide relief. Even worse it may trigger a migraine/cluster event. There are two possible explanations for this: first is the physical activity that accompanies sexual activity especially involving muscle tissue in the back and the neck, and second is the relationship between stress, excitability and mood.

These last two areas are not well understood and require considerably more research. The same answer, in this case sex, will not work equally well for all people, if at all. However for the 40% for whom sex does not immediately appear to be the answer, perhaps a gentle exploration that moderates certain types of physical activity and emotional excitability may prove fruitful.